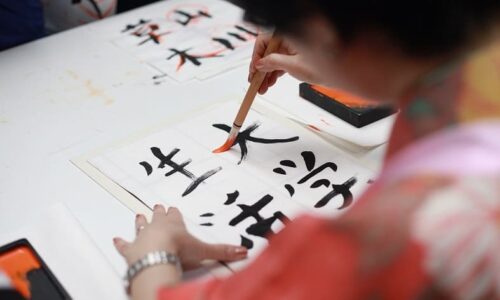 Every language has its own background. In Japanese, there are fewer offensive words that relate to bodies of humans or animals than in foreign languages like English. This is because Japan was an agricultural country, which made its people focus on rice and plants rather than cattle. But that does not mean they did not speak bad words at all. They just try not to use them in public.

Languages reflect national character. The Japanese like to speak in a way that avoids direct expressions. The reason why they do so is that they are sensitive to and care about the feelings of other people. Such an aesthetic, however, generated a widespread problem: lots of mistakes in honorific expressions. What is more, there is a worry that the Japanese language may be changing in a bad direction.

Given that, Haruhiko Kindaichi, a Japanese linguist, published this book in 2002. As he has often made Japanese dictionaries, he is a master of the language. With a dramatic change in the Japanese language, he maintains that people should reflect on their ways of using the language. But, he is tolerant of young people who often create and speak “new” words. Languages, after all, have been changing.

This book describes a wide range of knowledge from the grammar to Japanese people’s most and least favourite words to indigenous plants. It makes people realise that there are many things that Japanese people do not realise about their language, which they use and speak consciously and unconsciously every day without knowing why. Plus, Mr Kindaichi tells important points of how to speak in a way that successfully attracts people or make them easily understand what the speaker wants to say. “The bottom line is caring about your listeners”, he writes.

His argument over the standard language and local accents are suggestive. This is not only because the former has not surprisingly some weakness but also because the relationship between them may apply to one between Japanese and English, which became the world’s language. With globalisation, enforcing the latter is inevitable; children in elementary schools already began to study English; multinational companies increasingly began to introduce English as their first language. It is a measure of how times changed that the Japanese language is threatened by the foreign language. But this may even be an exaggeration. English has provided useful words for Japanese, and the opposite is also true. After all, Japanese people should preserve the Japanese language as well as studying English. Yet, Mr Kindaichi says, “Given the speed of changes in languages, it is hard to predict what words will survive for a long time or will disappear soon.” You never know.